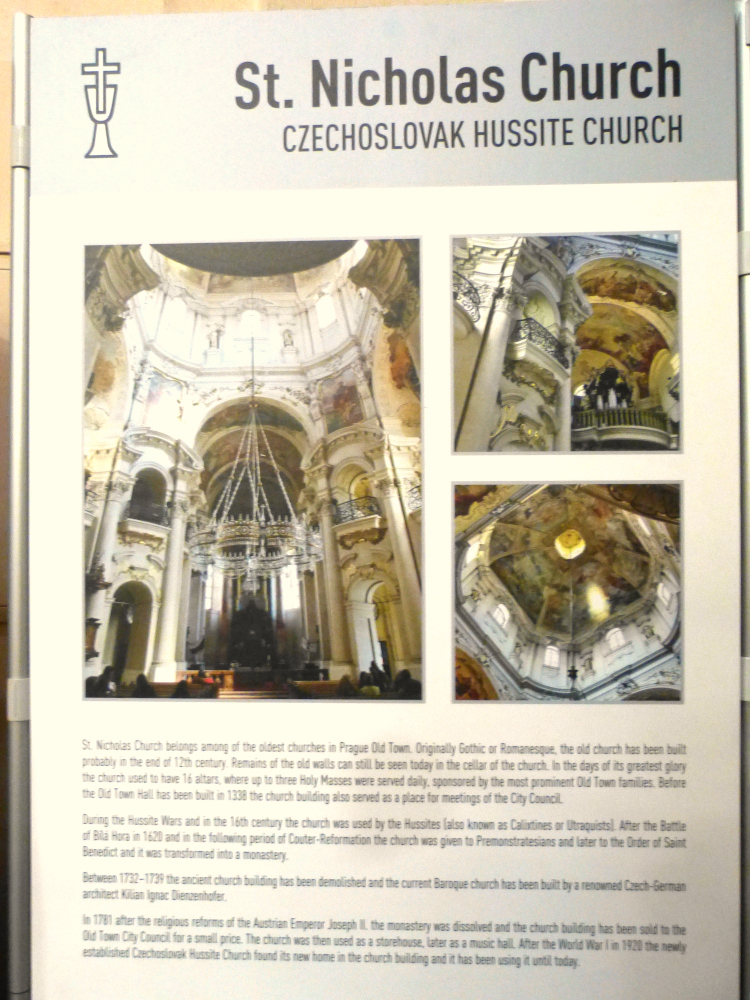 Kostel sv. Mikulášw (St. Nicholas Church) was built in the 12th century. It sits on the northwest corner of Prague’s Old Town Square.

This video was taken during an open house when the organist was serenading the visitors. 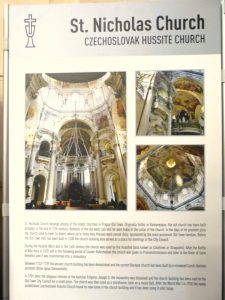 What makes this beautiful church even more interesting is that is a Hussite church–Hussite being the movement inspired by Jan Hus. Hus was a philosopher at Charles University in Prague. A distinguished scholar, he rose to become rector of the university and his fame spread throughout Europe. He used his stature to preach against political corruption in the Catholic Church and, following the teachings of John Wycliffe, urged people to find god in scripture and prayer rather than the hierarchical structure of the Catholic Church. Hus grew increasingly critical of the Church during the political in-fighting of the Western Schism. He was the first to openly condemn the sale of indulgences, that which Martin Luther famously condemned nearly a century later. Hus developed a doctrine that included freedom of conscience, greater autonomy for the laity, and greater accountability for the clergy. For these and other progressive ideas, the Church condemned and executed Hus in 1415.


Hus remains a major figure in Czech history. He was a leading light in the development of the Czech language (he invented the diacritical marks in the Czech alphabet) and the Czech identity. After his execution, the Hussites rebelled against the Church and the Holy Roman Empire to establish their own church using the Czech language instead of Latin, and their own political state that sought to abolish feudalism. On all of that, we’ll write more in a later post, but it is an era in which many Czechs are justifiably proud. Kostel sv. Mikulášw stands on the central square of Prague as a beautiful testament to Jan Hus and the people’s movement he inspired.
Spread the love
Back to Top