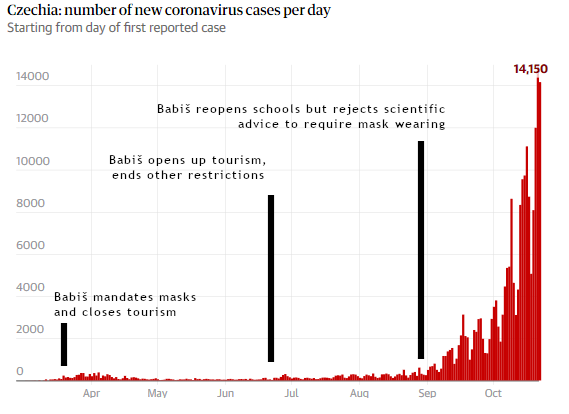 Andrej Babiš is the Czech Prime Minister and leader of the right-wing ANO party. Last March he was hailed for taking swift decisive action to control the Covid-19 pandemic. He ordered a near total shutdown, required wearing of face masks, stopped tourism both to and from the country, and enforced … 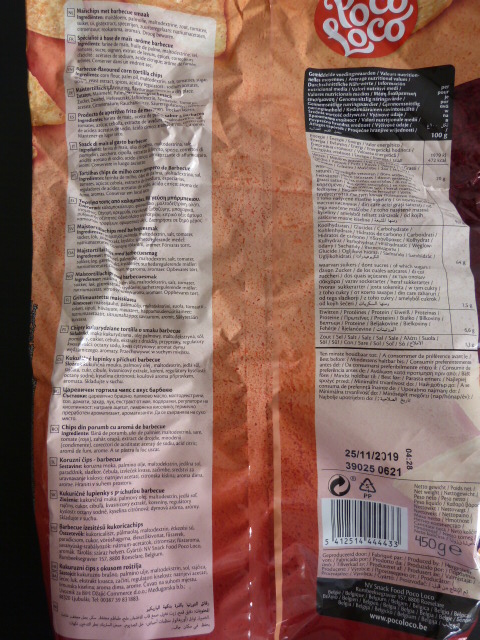 When we first looked at the apartment we eventually moved into, the real estate person did say its one draw back was that it was near a busy street. It is within sight of Vinohradská ulice, a major east-west artery through Vinohrady neighborhood into Žižkov. “You’ll get some street noise,” …

Late spring Charles Bridge, Prague without the hordes of tourists. Any loud noises edited out to not disturb the peaceful walk. 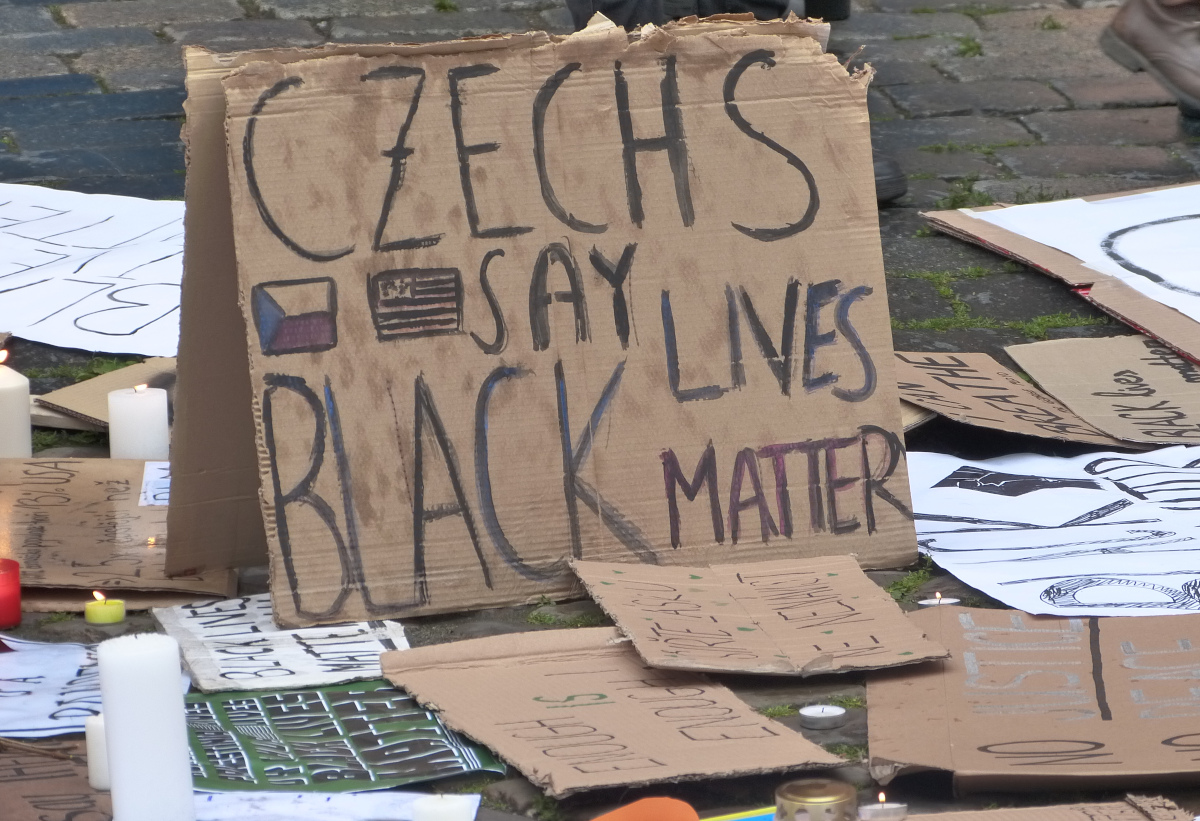 We attended a peaceful demonstration in support of Black Lives Matter. People gathered in front of the US embassy in Prague to lay flowers and signs to protest racism and police brutality. The Prague police, probably at the urging of the US embassy, were out in force, but there was … 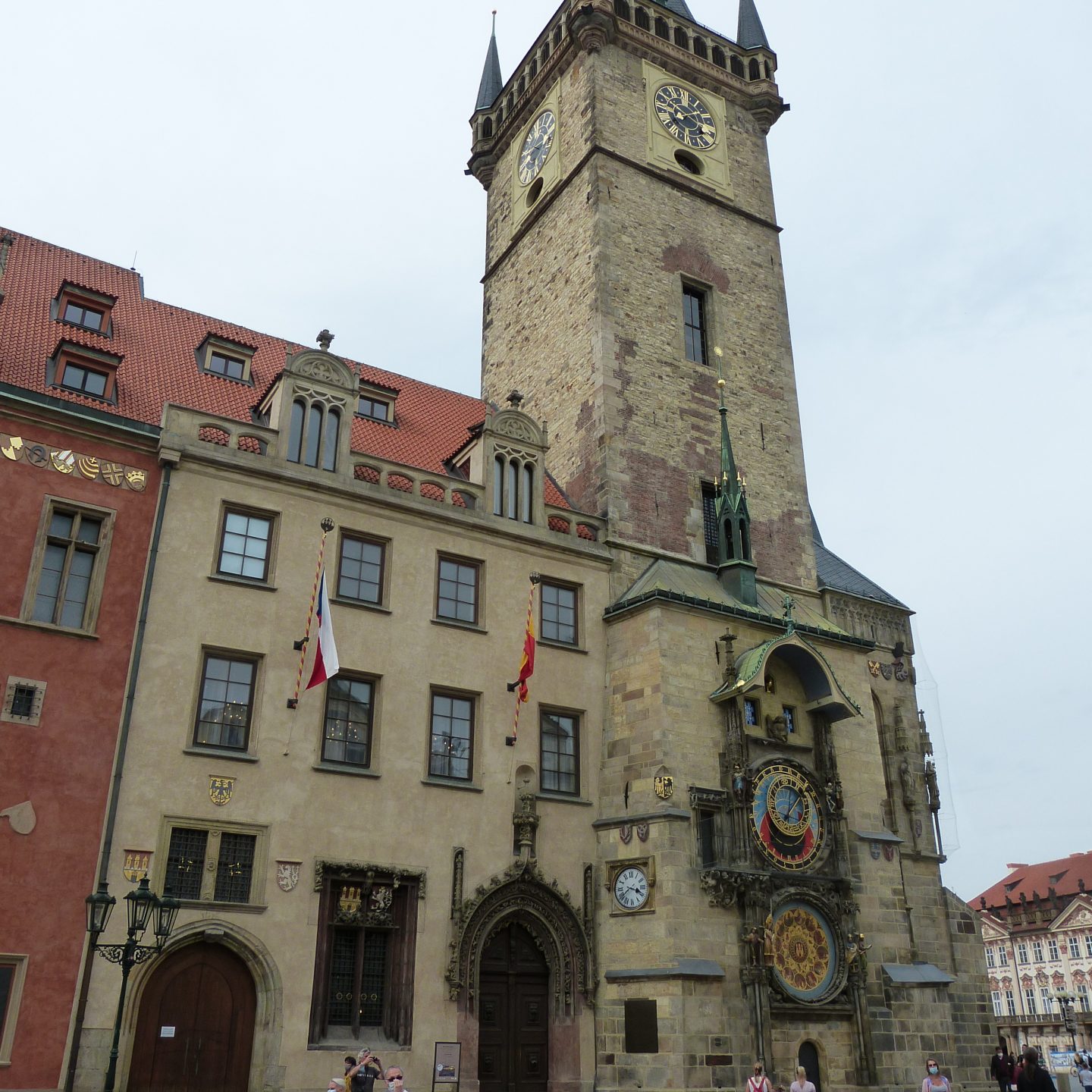 The Czech government has released most of the restrictions imposed because of the Coronavirus pandemic. D finally had caught up enough on his work to go for a walk down to Prague’s central square. Here is a short video of what it was like standing near the astronomical clock in … 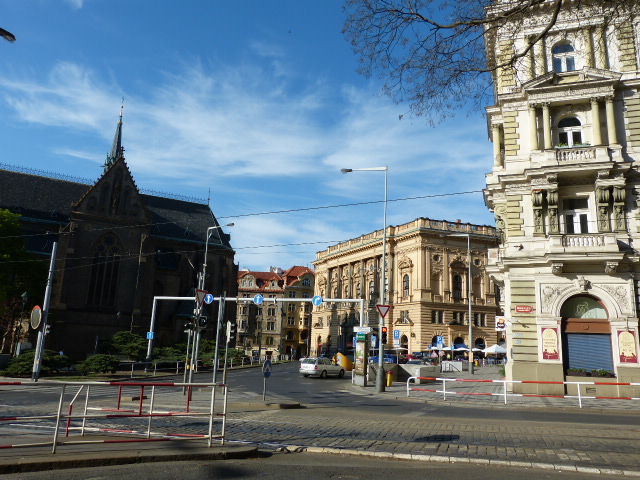 The Czech Republic, having successfully controlled the Corona virus, has begun the process of reopening stores, restaurants, and other public spaces. Food (potraviny) and drug stores (lekarny in the Czech Republic) have always remained open. Today, restaurants and pubs could begin serving food and drinks at outdoor tables. Our adopted … 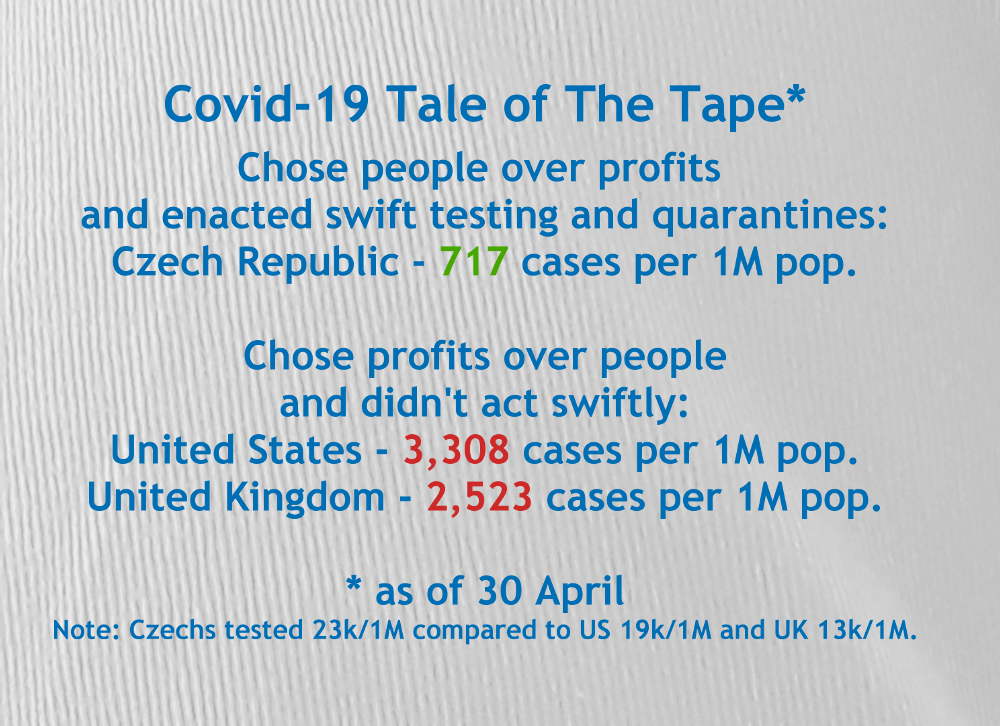 Praise where praise is due. This goes well beyond politics. Actually, this is where partisan politics stops and the good of human beings is what matters. The Czech Republic has handled the Coronavirus epidemic extraordinarily well. We must say we are very surprised. The president and prime minister are oligarchs … 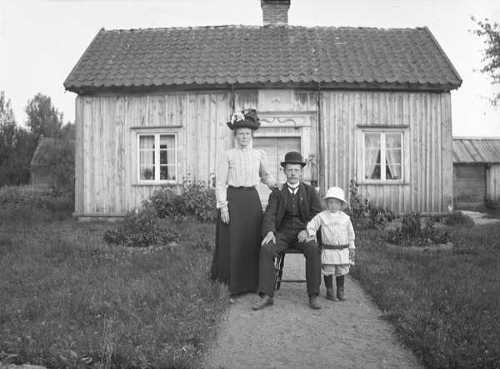 We keep hearing about how much life has changed for everyone in the Covid-19 pandemic. We don’t doubt this is true for many, many people and we sympathize with their wrenching struggles to adapt. Their lives have become surreal. But despite the virus, despite (most likely) even having had the …